Murder in the Village - Faith Martin

MURDER IN THE VILLAGE is the fourth in a series of page-turning crime thrillers set in Oxfordshire.


THE LOCATION
The picturesque village of Lower Heyford, set in North Oxfordshire's Cherwell Valley, nestles close to the Cotswolds, an area of outstanding natural beauty. Farming country, the village has been in existence in one form or another for over a thousand years, providing a natural 'ford' for oxen over the river since medieval times. A mix of thatched and old stone and slate cottages, it is home to local families and rich 'incomers' alike. It's proximity by train to both London and Birmingham make it a very desirable place to live indeed, and both the Oxford canal and the river Cherwell run close to it, making it haven for walkers, boaters and wildlife.

DI Hillary Greene
An attractive woman in her forties, Hillary Greene is a police officer of many years’ experience, and came up through the ranks. Consequently, she knows how the system works, and is fiercely loyal to the force without being blinkered to its faults. She is a long-standing friend of her immediate superior officer, 'Mellow' Mallow and enjoys a rather enigmatic relationship with the steely Superintendent Marcus Donleavy. Popular with the rank and file for her no-nonsense attitude and competence.

DCI Philip 'Mellow' Mallow
Mel appreciates Hillary's first-rate ability to solve her cases, and isn't happy about her harassment by the officers from York. Known for his sartorial elegance and laid-back manners, he has a sharp mind, and an eye for the ladies. A good friend and ally for Hillary in her recent tribulations, he's determined to keep his best investigator focused on the problems at hand.

PLEASE NOTE THIS IS A REVISED EDITION OF A BOOK FIRST PUBLISHED AS “BY A NARROW MAJORITY.”

Faith Martin has been writing for over 25 years, in four genres and under four different pen names. She was born in Oxford and sets most of her crime novels within sight of the city of dreaming spires. A real nature lover and afficionado of the countryside, descriptions of wildlife and native flora often find their way into her manuscripts. Right now, JOFFE BOOKS are re-issuing the first eleven of the DI Hillary Greene novels in new updated editions! And the first of these, MURDER ON THE OXFORD CANAL is available now, with the others to very quickly follow.

Her romance novels, written under the name of Maxine Barry, are now available from Corazon Books. IMPOSTERS In PARADISE, and HEART OF FIRE are both out, and others will very quickly become available in the future.

Her first foray into writing ‘spooky’ crime, (and written under the pen name of Jessie Daniels) comes out in November 2017. THE LAVENDER LADY CASEFILE is published by Robert Hale, an imprint of CrowoodPress.

As Joyce Cato, she writes more classically-inspired ‘proper’ whodunits. So if you like an amateur sleuth, plenty of clues and red herrings, plus a baffling murder mystery to solve, these are the books for you. 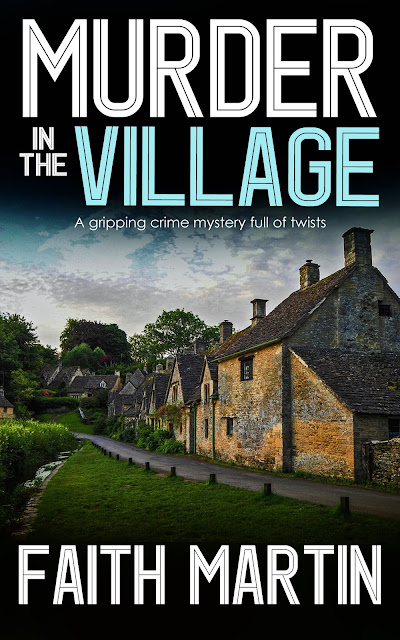